Commissioned Portrait for the Luann Dummer Center for Women 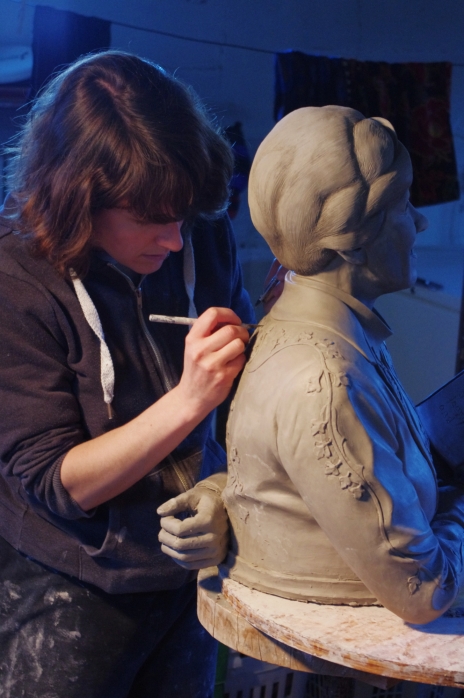 uch of February and March     I spent sculpting the likeness of Luann Dummer into clay.  She was one of the first female professors at the University of Saint Thomas, and when she passed away, twenty years ago suddenly from cancer, she used her money to start a women’s center on campus.  For the Center’s 20th Anniversary, they commissioned me to make a ceramic portrait of their founder. 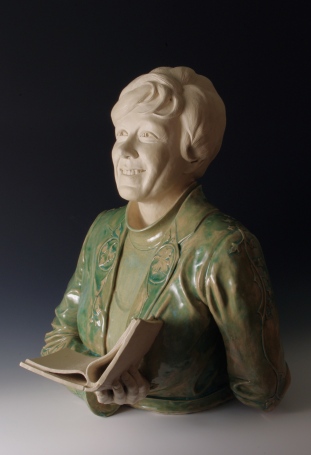 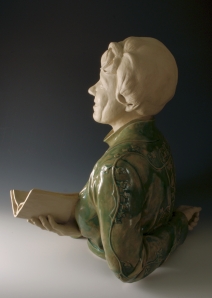 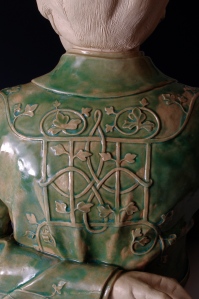 The piece will be on permanent display in the Center which is in the O’Shaughnessy Education Center on campus, from early May on.

<This image is a detail of the back of her blazer.  I chose to embellish the clothing with imagery taken from the illumination (decoration) of one of the oldest manuscripts of Chaucer’s writings because Luann’s area of study was Chaucer.  What is known as the Ellesmere Manuscript, circa 1400-1405, is of Chaucer’s famous Canterbury Tales, and is today housed in the Huntington Library in San Marino, CA.  Which, coincidentally, my friend brought me to during a visit to LA in February of 2012.  Only I didn’t see the Ellesmere manuscript when I was there, and now I know it intimately.  Life is funny. 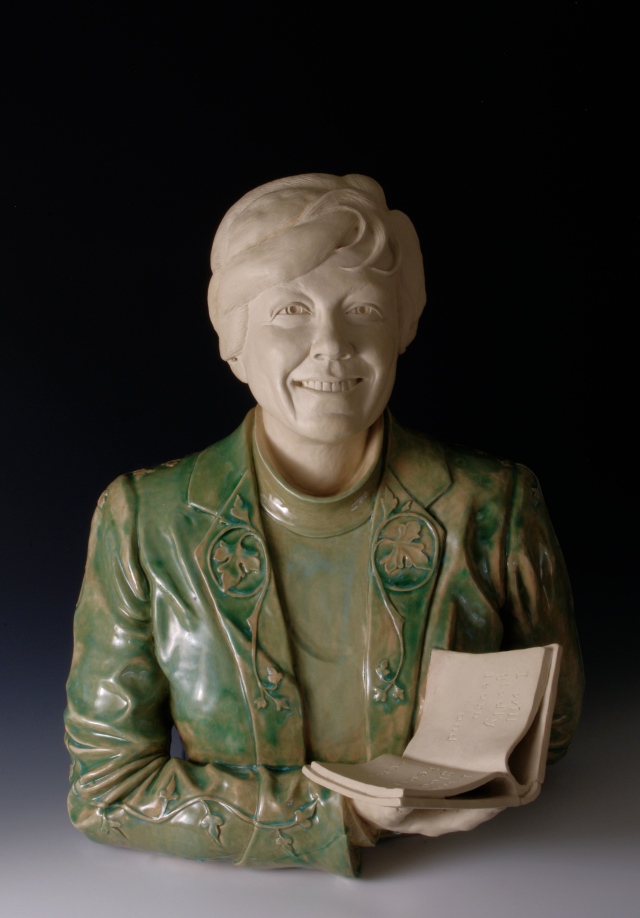